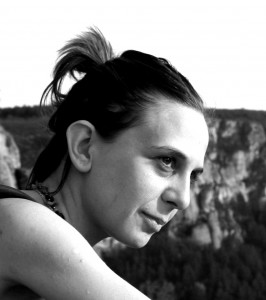 Petya Bouykova works as a scenographer. 2010 she graduated the master programme Scenography at the Art Academy in Sofia, Bulgaria. Petya creates video, costumes and scenography for Runabout project and participates in the performances of the group. She is author of the costumes and the scenography for the debut theatre plays of Veselin Mezakliev, Marii Rosen and Valerya Vulcheva.

Concept and ideas, interaction software, instruments’ design and building, animation and video, lyrics, vocals and percussion Albena Baeva works in the field of interactive design, experimental video and performance. In 2010 she graduated the master Read more…